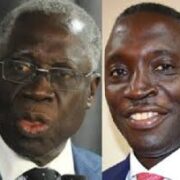 Would the Special Prosecutor please keep us updated on the corruption fight...
Scroll to top