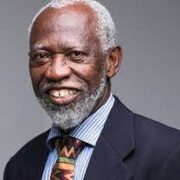 Corruption in Ghana a reality that must be addressed – Prof. Adei

The RTI Law: A tool to combat corruption or otherwise?
Scroll to top